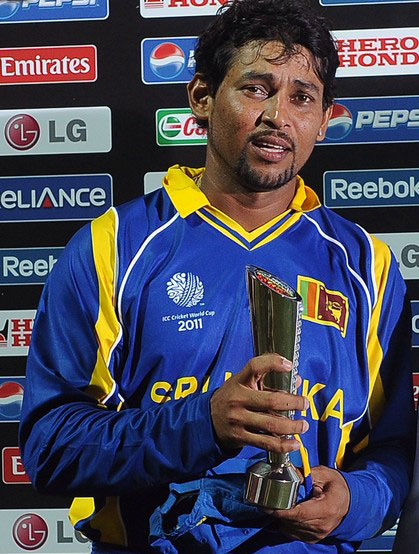 Tillakaratne Dilshan became only the second player to score a century and take four wickets in a match, in a World Cup tournament, when he blasted his way to 144 and picked up four wickets for just four runs against Zimbabwe at the Pallekele International Cricket Stadium on March 10, 2011. AFP PHOTO/Lakruwan WANNIARACHCHI.