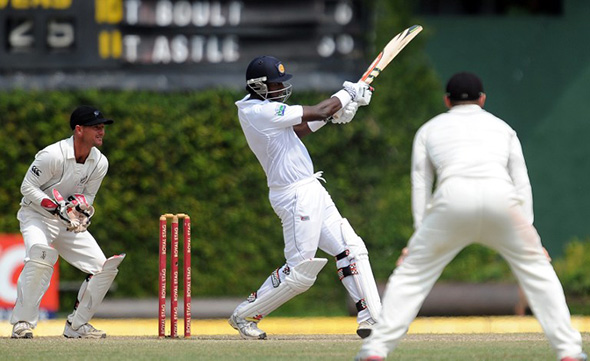 Angelo Mathews pulls during his knock of 84 runs in Sri Lanka’s second innings against New Zealand on the fifth day of the second and final Test played at the P. Sara Oval in Colombo on November 29, 2012. The Sri Lankan vice-captain fought valiantly to save Sri Lanka from defeat, but fell 14 runs short of his second Test century. New Zealand’s victory enabled them to level the series 1-1 and end their five-Test losing streak. © AFP/LAKRUWAN WANNIARACHCHI