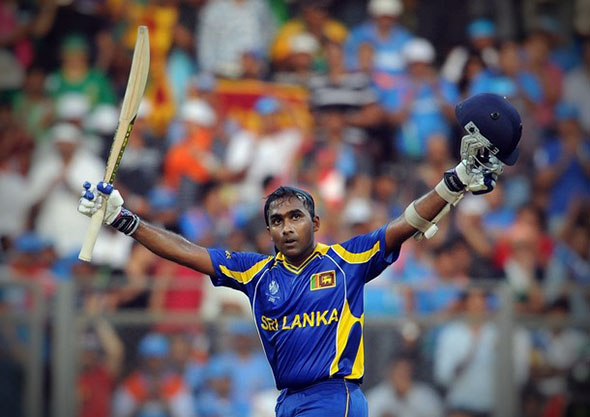 Mahela Jayawardene raises his bat to the crowds after scoring a century against India in the ICC Cricket World Cup 2011 final at the Wankhede Stadium in Mumbai on April 2, 2011. He is only the sixth batsman to have scored a century in a World Cup final and the second Sri Lankan, after Aravinda de Silva, to do so. AFP PHOTO/Prakash SINGH.