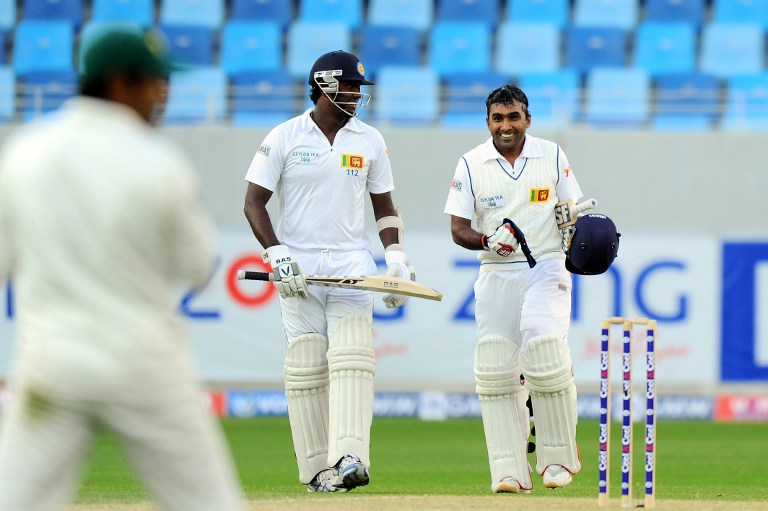 Mahela Jayawardene, who batted courageously through pain after an injury to his left hand, celebrated his first century in 18 innings during day two of the second Test between Sri Lanka and Pakistan in Dubai on January 9, 2014, by gesturing as if he was rocking a baby. Jayawardene, whose wife Christina gave birth to their first child last month, told reporters later that he wanted to let his wife and daughter know that he had them in his thoughts. "I was pretty sure my wife would have been giving her a bath at that time, around 6pm in the evening, so the celebration was just to say that I was thinking about them," he said.  AFP PHOTO/Ishara S. KODIKARA