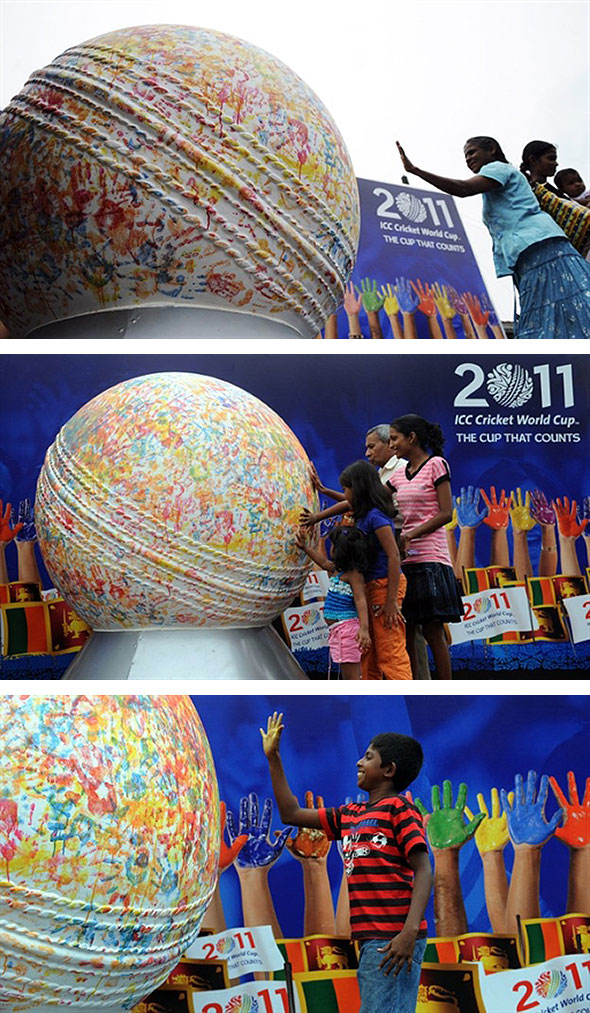 Sri Lankans imprint their palms on a giant white cricket ball on display at Colombo’s suburban Wattala area on January 11, 2011. The cricket ball, together with a replica of Sri Lanka’s 1996 world cup, are touring the island to drum up public support ahead of the 2011 ICC Cricket World Cup. The tour ends on February 19th in the southern town of Hambantota, which is a venue for two world cup games. AFP PHOTO/Ishara S. KODIKARA.